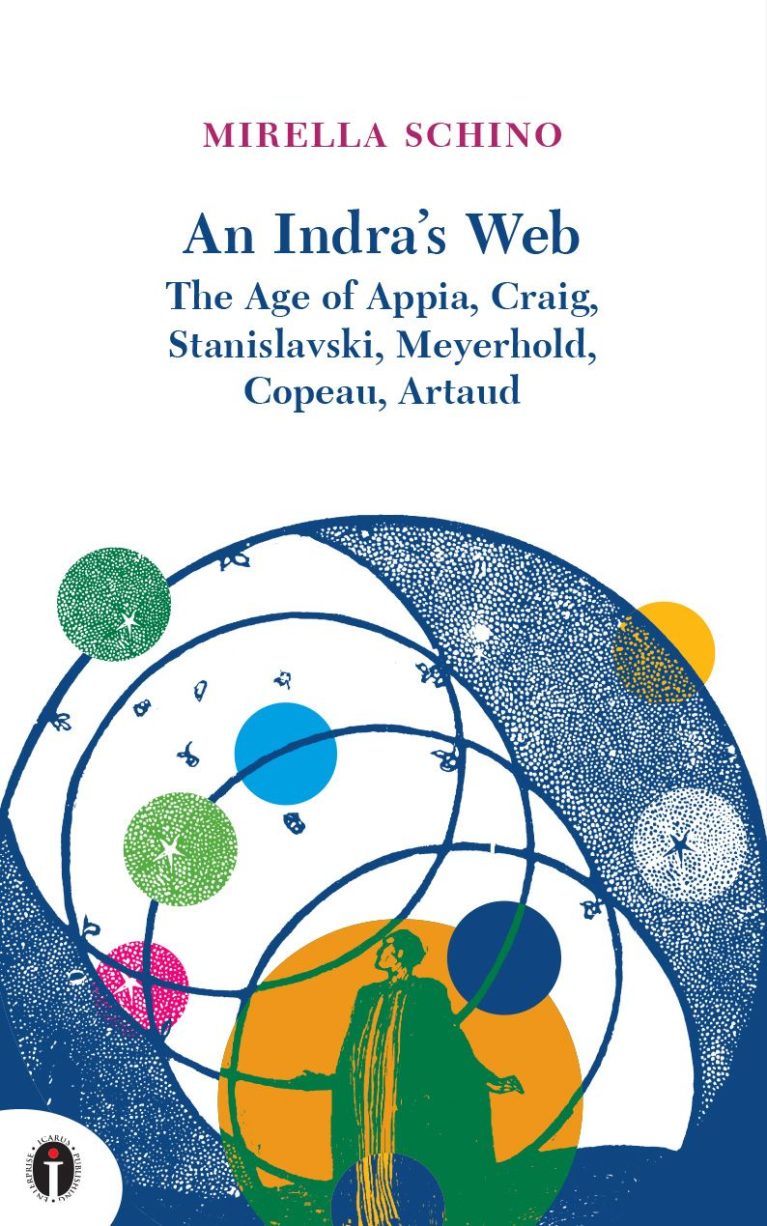 Please note that we ship only to addresses within Poland. If you want to order a book and have it shipped to an international address, email us at ksiegarnia@grotowski-institute.pl.

Translated from Italian by Vicki Ann Cremona and Marco Galea

To what extent is theatre a part of our culture? For centuries, theatre professionals inhabited a society apart. The twentieth century changed this but perhaps not in the way we have always thought it did. This book is about the theatre-makers who were chosen as models in the early twentieth century, as well as about their spectators. Although they never coalesced into a movement, the theatre masters created a web that was instrumental to a unique transformation. This radical change was more than an aesthetic revolution or a completely new way of creating performances, and we are still grappling with its meaning. An Indra’s Web looks at this transformation from a new perspective, subverting the accepted hierarchy of arguments, and describes it in a way that both theatre experts and general readers can benefit from. It does this by drawing upon examples from novels, performances, journals, biographies, events, wars and revolutions. An Indra’s Web presents a history that cuts across many subjects, with one foot in theatre and the other in the outside world.

Mirella Schino teaches performance at the University of Roma Tre. Her research focuses on nineteenth-century acting, the twentieth-century theatre revolution, theatre during the Fascist period and ensemble theatre in Europe since the 1960s. She set up the Odin Teatret Archives and is editor of the journal Teatro e Storia. Her publications include: La nascita della regia teatrale (Laterza, 2003), I racconti del Grande Attore (Edimond, 2004), Il teatro di Eleonora Duse (Bulzoni, 2008), Alchemists of the Stage: Theatre Laboratories in Europe (Icarus, 2009) and Odin Teatret Archives (Routledge, 2017)

Indra’s web, which gives this book its title, is a representation of the patterns of interconnections between distant phenomena that seem to have nothing in common. According to Buddhist philosophy, everything or every idea that exists or has existed is a nodal point in this web, and takes the shape of a pearl, with each pearl shining more brightly by reflecting all the other pearls. I have used this image to speak of the constellation of great artists at the beginning of the twentieth century: Appia and Craig, Stanislavski, Reinhardt, Vakhtangov, Meyerhold, Tairov, Copeau, Piscator, Brecht, Artaud and so many others. Like all beautiful images, the masters’ web evokes more than one meaning. It refers to this ensemble of masters but also to another, altogether different, characteristic: their ability to capture or to fish.

Here I will only focus on them as an ensemble: a paradoxical web whose interactions have not always been concrete or easy to define. In many cases, they were separated by different poetics or by their adherence to different, sometimes even contrasting, artistic currents and styles. However, the masters shared something that went beyond the simple coming together of like-minded people. They formed an Indra’s web, constituted by phenomena which, although distant, were correlated and interdependent. The influence each exerted at an individual level, while quite powerful in itself, was further multiplied by the reflection of the influence of the others. The threads that link these persons – who in reality were quite distant from one another – have been woven both by the spectators’ gaze (which very quickly identified the masters as a collective) as well as by the immediate and explicit reciprocal recognition that they often showed for each other.

But there are also non-theatrical threads, interweaving phenomena that are not necessarily related to theatre or to the masters themselves, creating relationships where one would have expected to find voids, as was the case in the first decades of the twentieth century. These threads range from theosophy to suffragism, from the Körperkultur movement to political utopia, from Tolstoyan communities to marionettes, from novels to forms of entertainment which until then were considered unimportant, from dance to Art Nouveau and discoveries in biology. We could consider all this simply as the mental horizon of the period, and from a scientific perspective it would be a more accurate definition. But the image of the web brings out the idea of distance and interaction more clearly.

The title of this preface is derived from a famous theatrical image, proposed by one of the first and better-known masters: Edward Gordon Craig. It was he who spoke of the theatre of the future, the inviolate theatre that is yet to be discovered and understood, just like a Mountain.

Considering that 50% of all books in translation worldwide are translated from English, whilst only 6% are translated into English, Odin Teatret (Denmark), the Grotowski Institute (Poland) and Theatre Arts Researching the Foundations (Malta) have created Icarus Publishing Enterprise, whose purpose is to present texts by artists and scholars in English translation about the practice and vision of theatre as a laboratory.

Icarus was the name of a schooner that sailed from Civitavecchia in 1697 with a cargo destined for a Venetian merchant resident in the international trading port of Smyrna. Its mythological name was intended, paradoxically, as a bringer of good luck, to ward off shipwrecks. In its hold, the small vessel also carried a luxurious curtain never used before, a few painted scenes and a number of scripts and musical scores from a theatre erected in Rome by Queen Cristina of Sweden and torn down on the order of Pope Clement X.

Similarly to that schooner, Icarus Publishing Enterprise wants to ferry into international waters writings of theatre artists and scholars who, despite their value, risk a limited circulation because of the language in which they have been written. We know by experience that theatre studies are effective only if they succeed in piercing the wrappings of academic commonplaces and inspire those wishing to do theatre. Many think that the theatre has no future. This may be so. But one thing is certain: in the future there will surely be something that we are unable to imagine now, but that will be called theatre.